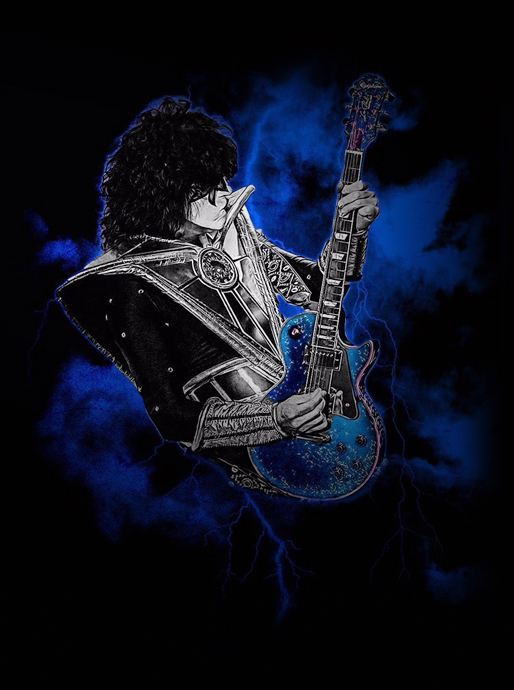 Tommy Thayer is the lead guitarist of the legendary rock band KISS. Regarded as one of the most influential rock and roll bands of all-time, KISS's career milestones are staggering including sales of over 100 million albums worldwide. Since 2014 Tommy has been developing animated series and intellectual properties for TV, film, new media and mobile. He is currently on the board of directors of the Thayer Family Foundation (Portland, Oregon), the Arnold Palmer Education Fund (La Quinta, California), and the Pacific University (Forest Grove, Oregon) Board of Trustees, where in 2018 he was honored with an honorary doctorate of humane letters in recognition of his career and philanthropic leadership. 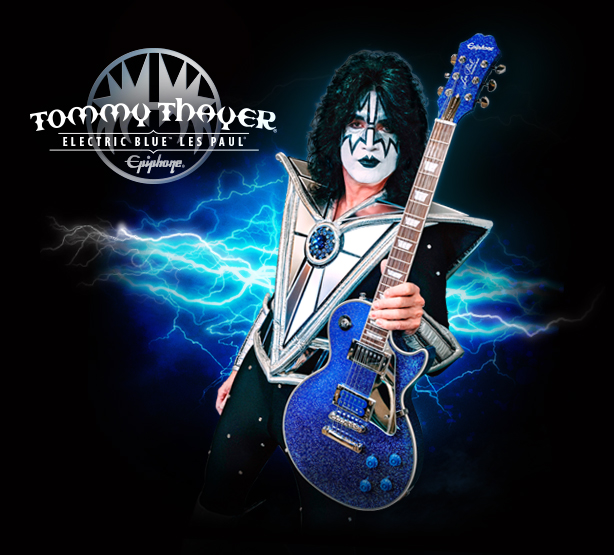 Reserve and own a Tommy Thayer STAGE-PLAYED and personally autographed Epiphone Electric Blue Les Paul, played onstage at the concert of your choice.

Package includes a backstage "meet and greet" and personal photo-op with Tommy for you and a guest (concert tickets not included).

Package offering to resume during the 2021 KISS End OF THE ROAD Tour. 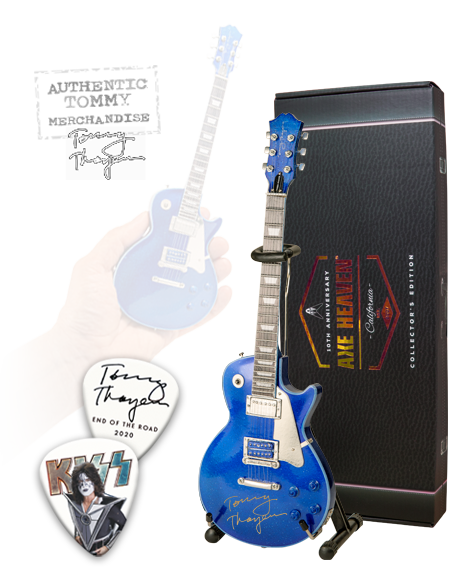 EXCLUSIVELY sold at all upcoming live KISS shows throughout the tour. You will find them at the main KISS Merchandise booth. Limited quantities are available for each show.

Have a question to ask Tommy?

Please understand the amount of mail Tommy receives. If you do not include proper contact information, it will be difficult for him to consider responding. Thank you.